The installation Around the World in 15’’ is a time-based work. During Stage One, which lasts 15’’, a video projection on the floor shows a group of black birds standing on an unusual draft made of frames of photos. The viewer observes the desperate, unorthodox and unnatural method of the birds’ voyage, while listening to a collaged music of orchestral music reminiscent of the opening sequence of western movies. The rest of the room is dark. During Stage Two, which lasts 15’’, the video projector is off. Simultaneously the flashing lights are on. These will be individually turning on and off in an asymmetrical manner. The choreographed flashing lights are accompanied by loud sound. The sound of the piece is a collage of war sounds.

The space suggested in Around the World in 15’’ is offered as the way out, the desired escape, and as the reach of a new world! The unfeasibility of such a realization, however, is known from the start. Instead of an arrival to a new land, the viewer is asked to restart the journey, and to remain in transit. The solace, liberation, even regeneration, normally promised by the water element, as it has been transmuted into a cultural idiom, is here revealed as not only a cultural construct, a fabrication, but the site of misplaced romanticism, false sentiment and nostalgia, a place of dispute and violence. Around the World in 15’’ is constructing a new space, which is more pertaining to an in-between gap, a space in crisis. It addresses a variety of formal and humanistic concerns by juxtaposing functionality and dysfunction, and the familiar with the strange. (Klitsa Antoniou) 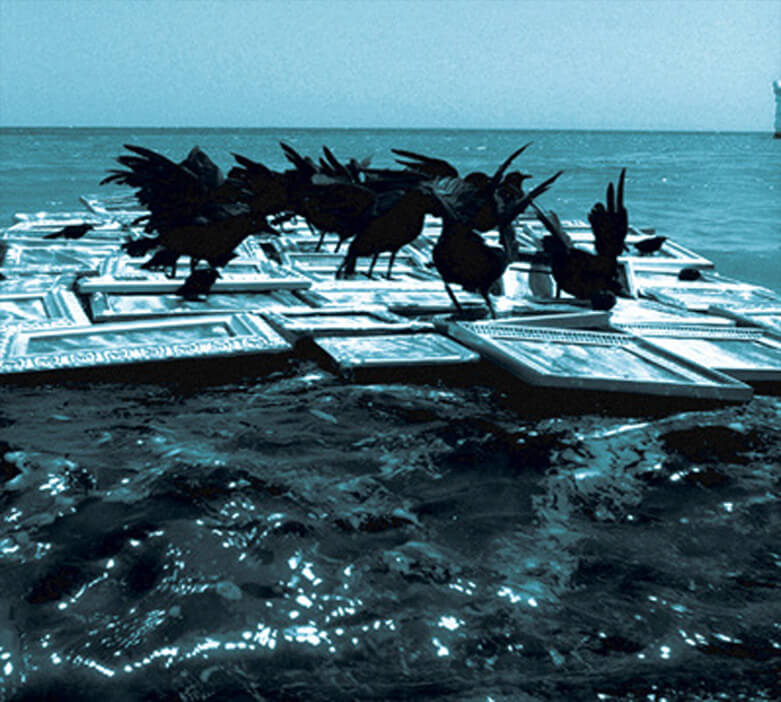 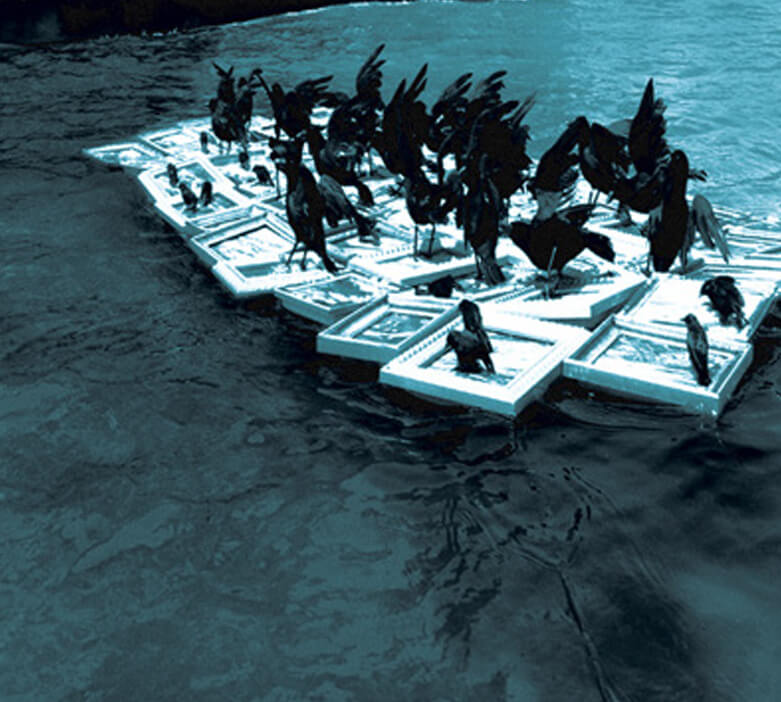 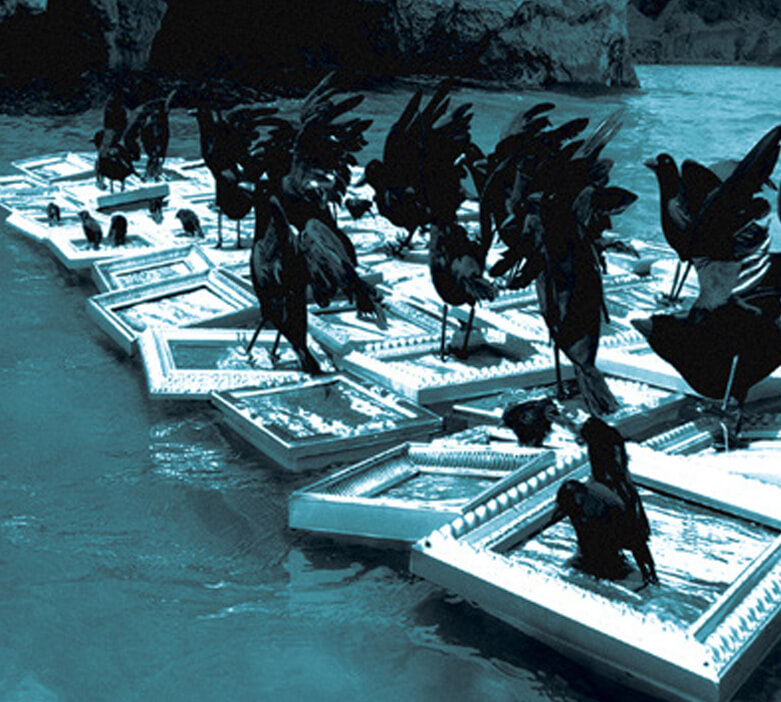 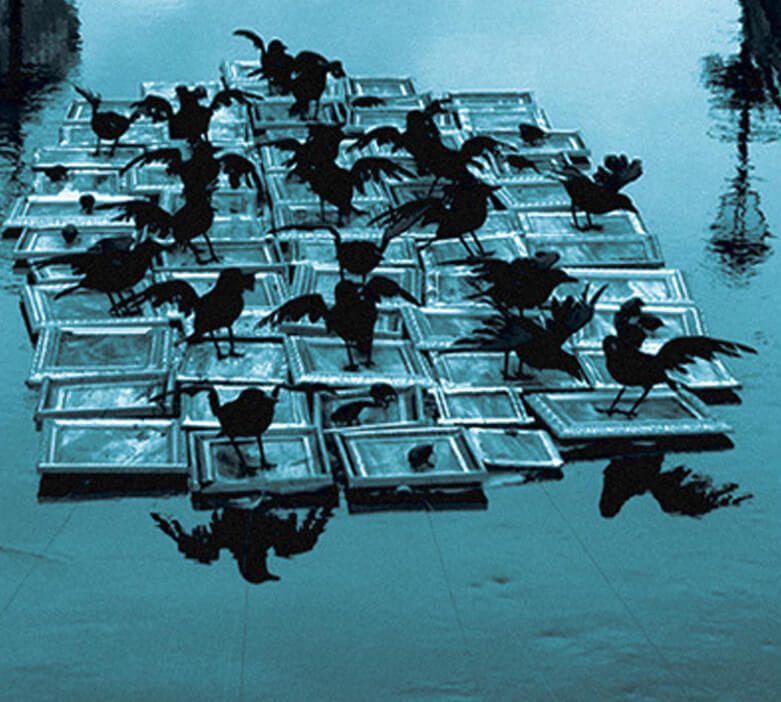 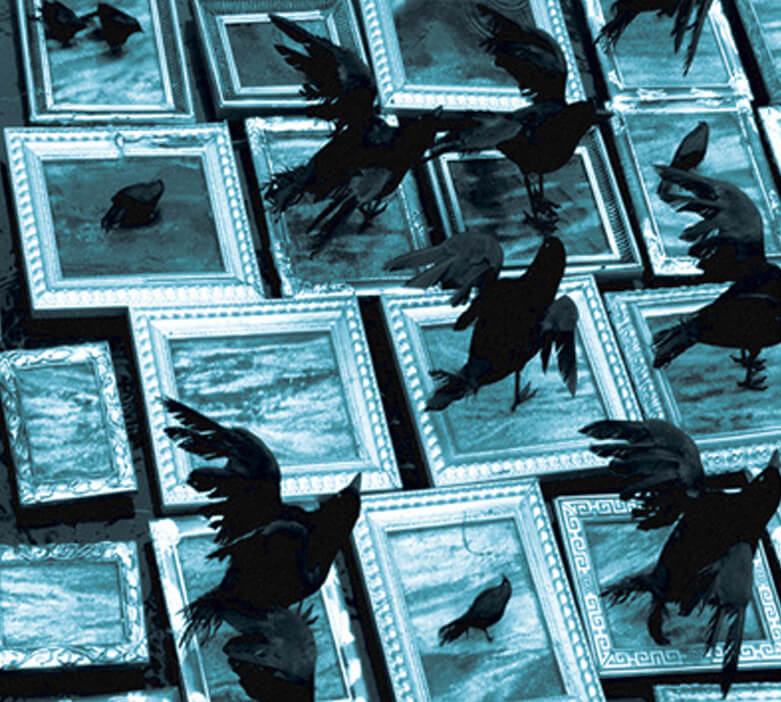