The actual garment, a little flowery patterned dress that Klitsa Antoniou was wearing during the Turkish invasion in Cyprus in 1974 is the keystone of Experimental Storytelling. In the video the artist is seen consulting fortune-tellers an act of redefining the past, the aspired future, even oneself through the prism of the present. As three different fortune-tellers attempt to tell the past and the future of the small dress -- without the knowledge that this was her dress when she was a child -- they construct the story of an unknown person. Paradoxically the work is about Storytelling ....a personal story , which in this context could be factual, partly incorrect or totally invented. The video finishes with a real photograph of the artist wearing the dress at a refugee camping 1974. At the time she was five years old, forced to leave her house and all her belongings and live in exile until today. Among the scarce things that was salvaged, the floral dress constitutes a bearer of memory for the artist and her family.

For the Sarajevo exhibition Klitsa Antoniou makes a daring move, she projects her video on a Historical Museum’s exhibition installation, a reconstruction of a space illustrating the activity of people during the war. As the two stories come together, her work takes a new meaning and context, it speaks of a common experience and a parallel fate. 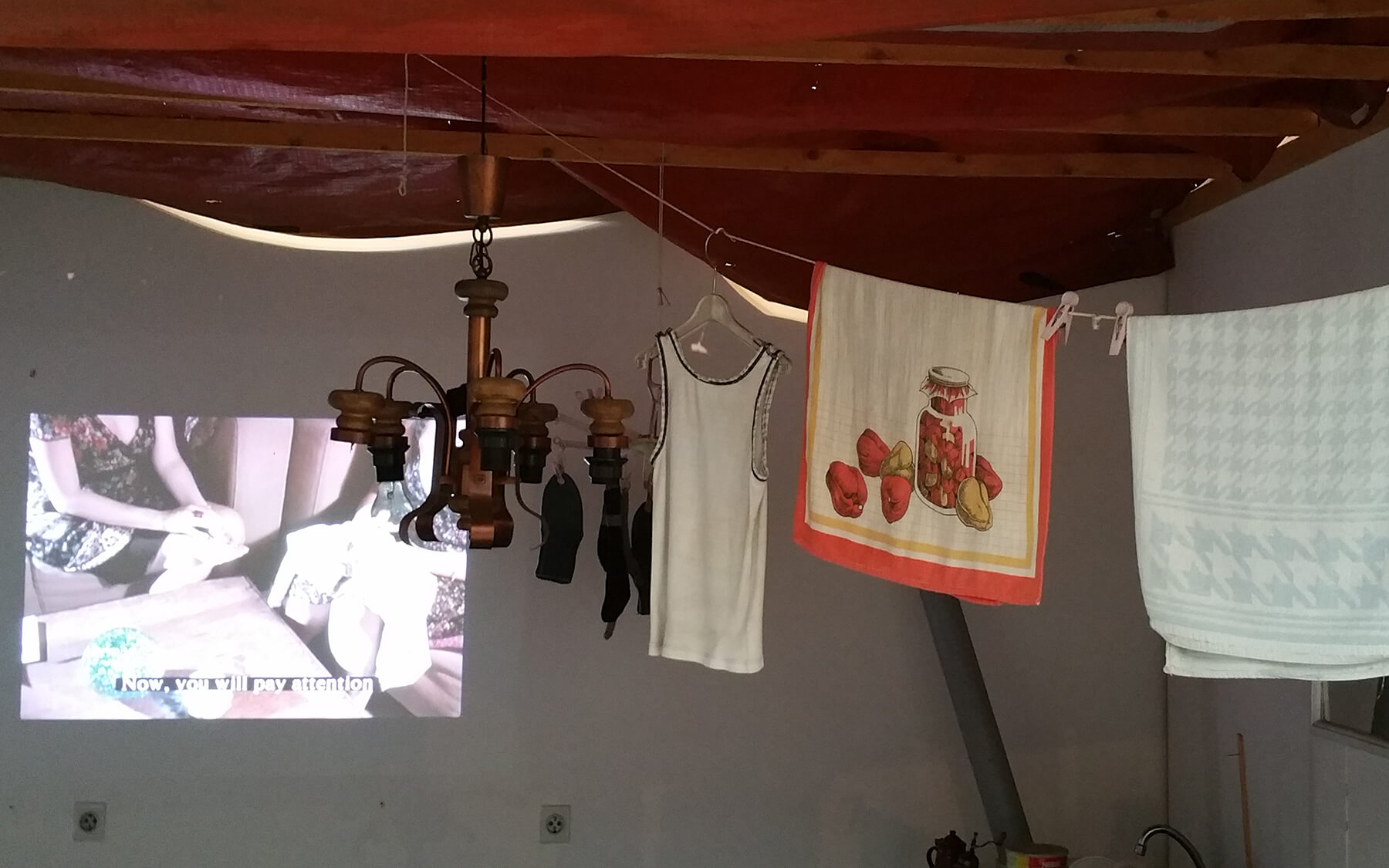 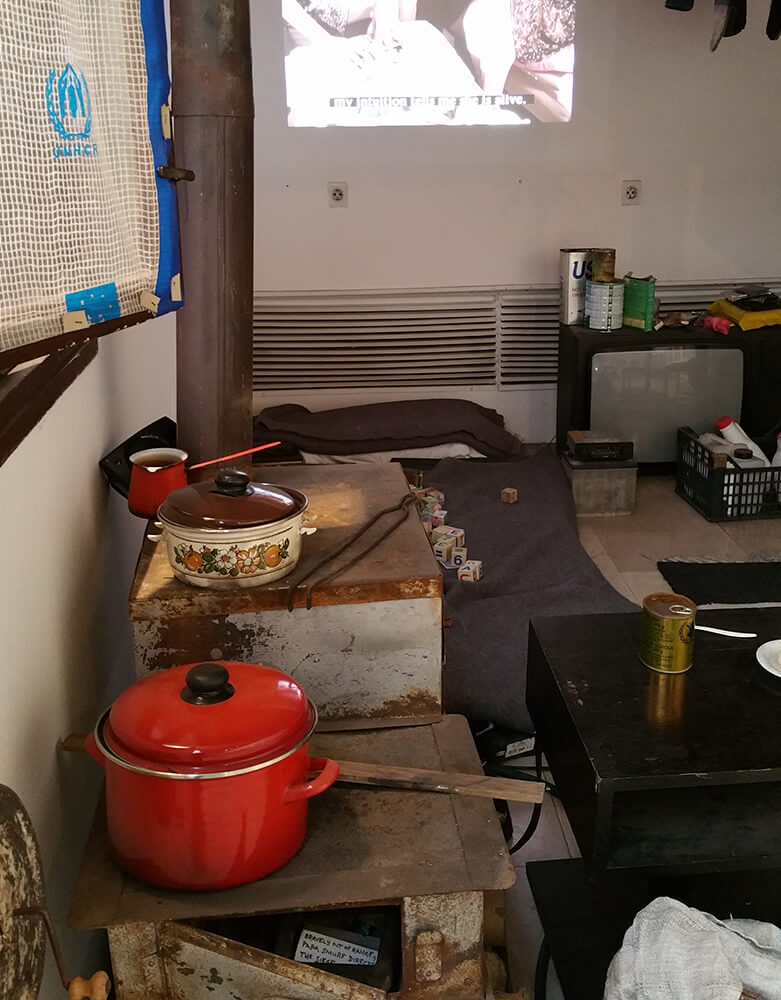 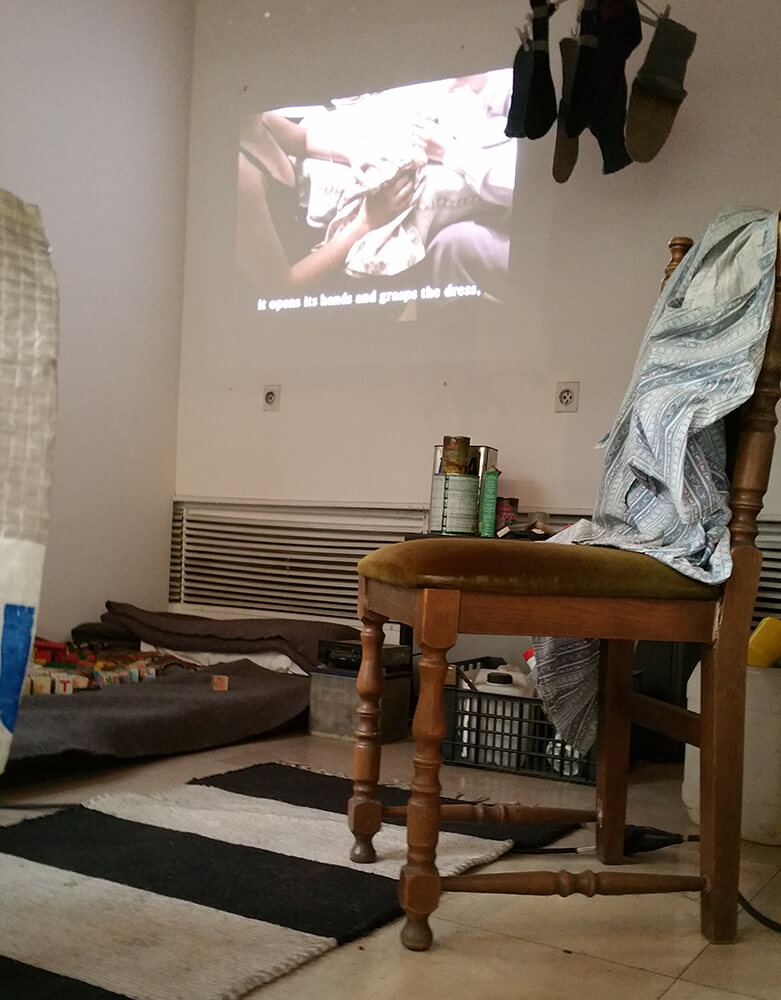 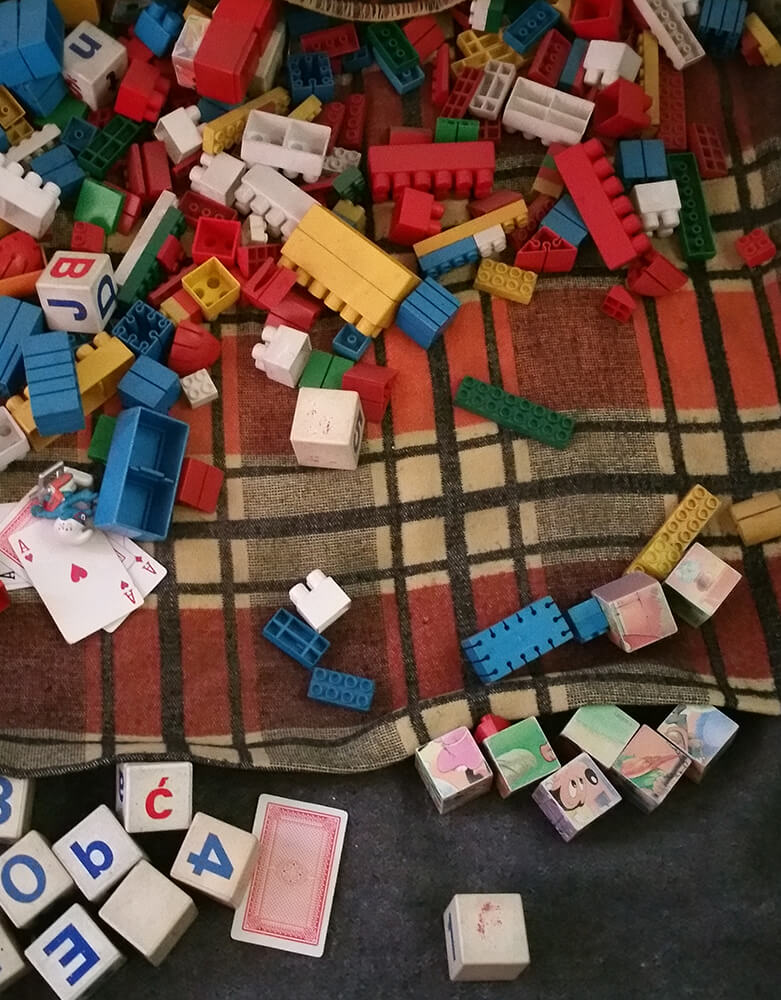 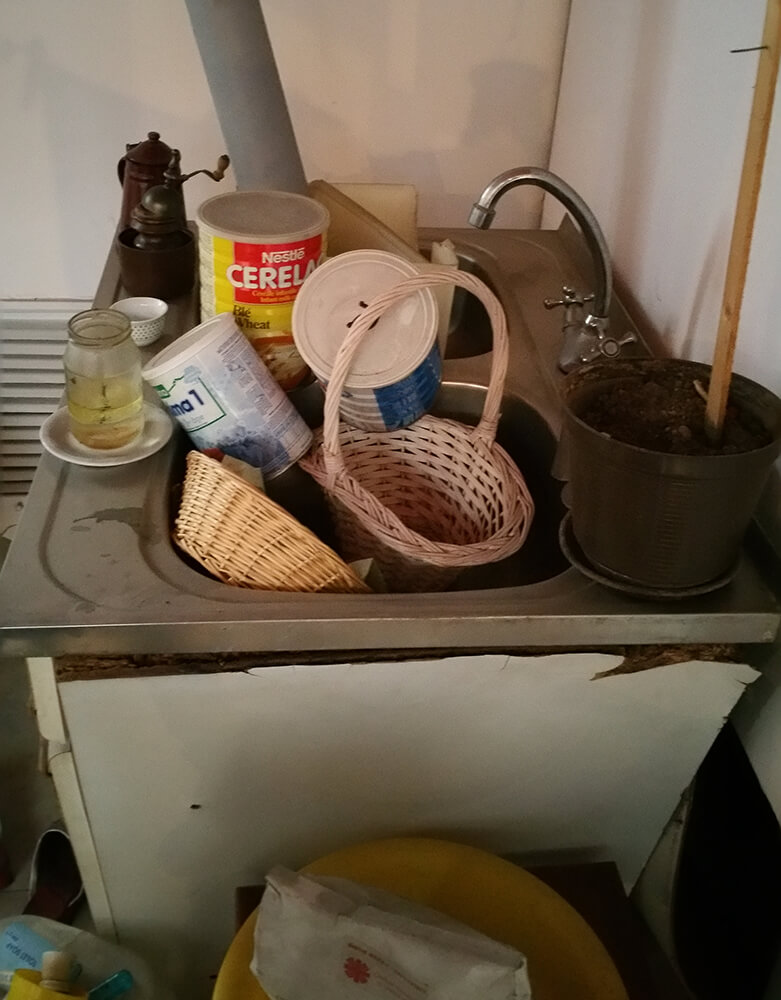 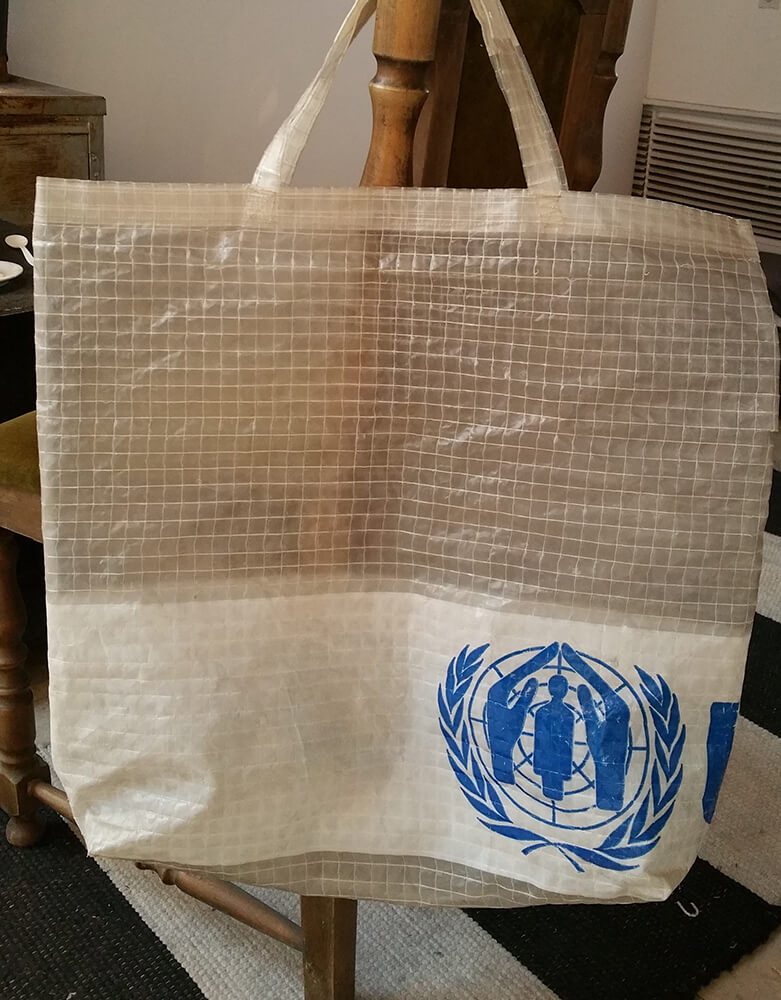 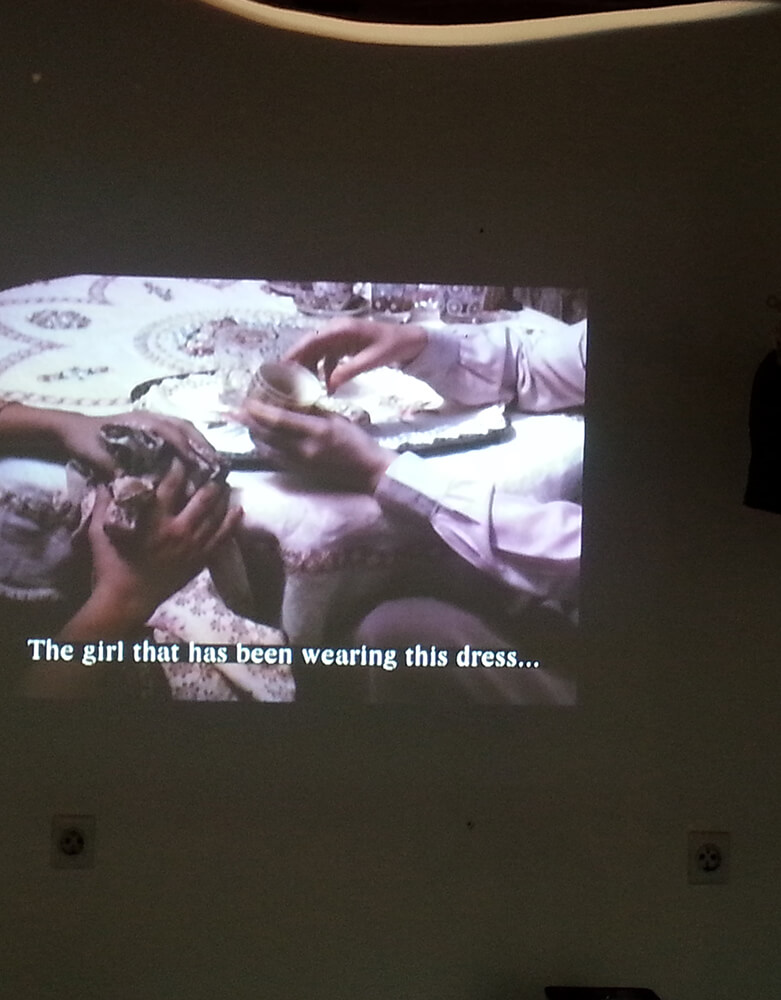 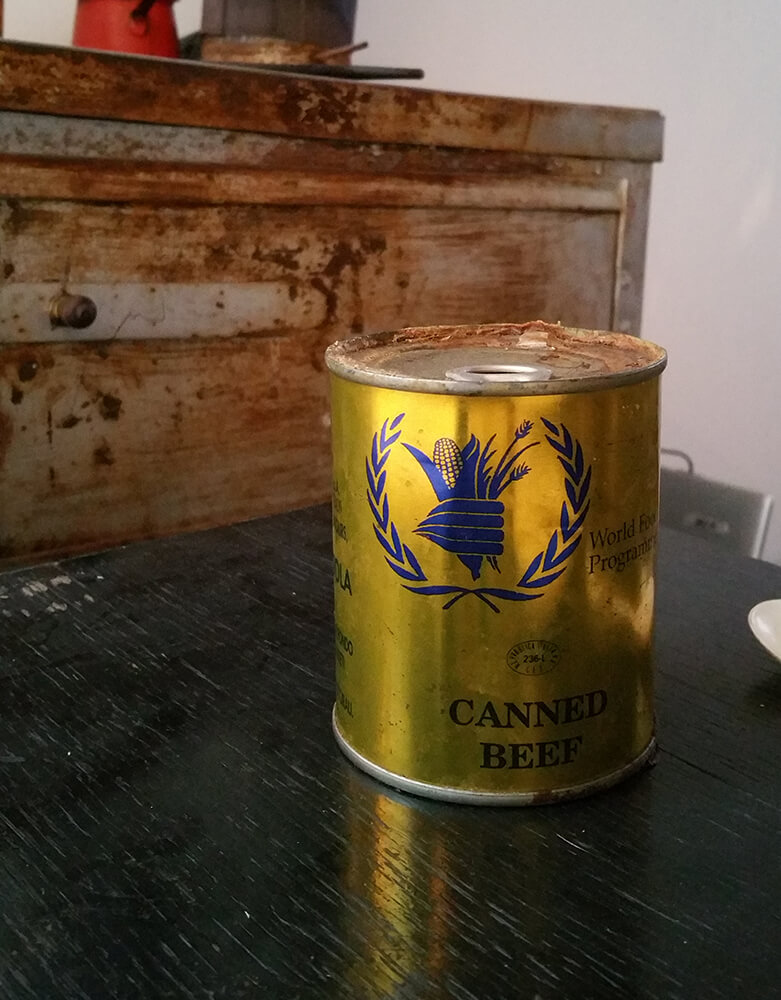