Side by side two different accounts run; the one of the director/engineer for the Cyprus Mines Corporation at Skouriotissa Mines, Charles F. Jackson from 1923 to 1925 and the other, the narration of a miner, a leading member of the miners’ union, who worked both at Skouriotissa and Mavrovounio mines for many years, named Pantelis Varnavas. The narration of the miner (the actual voice of Pantelis Varnavas from a Documentary film of ΠΕΟ “Miners Memories”) as it unfolds speaks of the tragedy of human experience and obliteration that comes upon earth with the loss of life and the relentless exploitation of its resources; the harsh conditions of working under earth and the dark realities of a life with no hope upon an exploited landscape deprived of any meaningful identification. He is heard saying, “Man is the place and place is desolate, it is only a place a desolate place.”

Whereas the second account is of Jackson’ s (in the actual voice of his grandson reading his grandfather’s authentic written records) distanced and authoritarian in its guise, rhythmically narrating his work log entries; the strikes of the workers, the failings of galleries, the lives lost are just numbers to be accounted for.

The juxtaposition of these two accounts set as such by the artist Klitsa Antoniou intensifies the contradictions of the experience of Place and Place identification as that was witnessed by the person who directed the works and one of many that labored within the soil itself. - Hesperia Iliadou 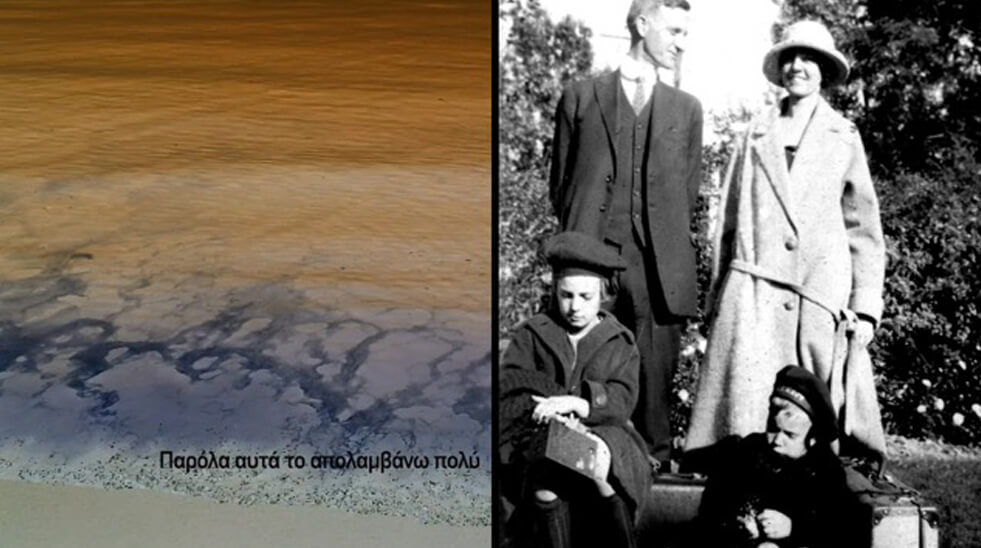 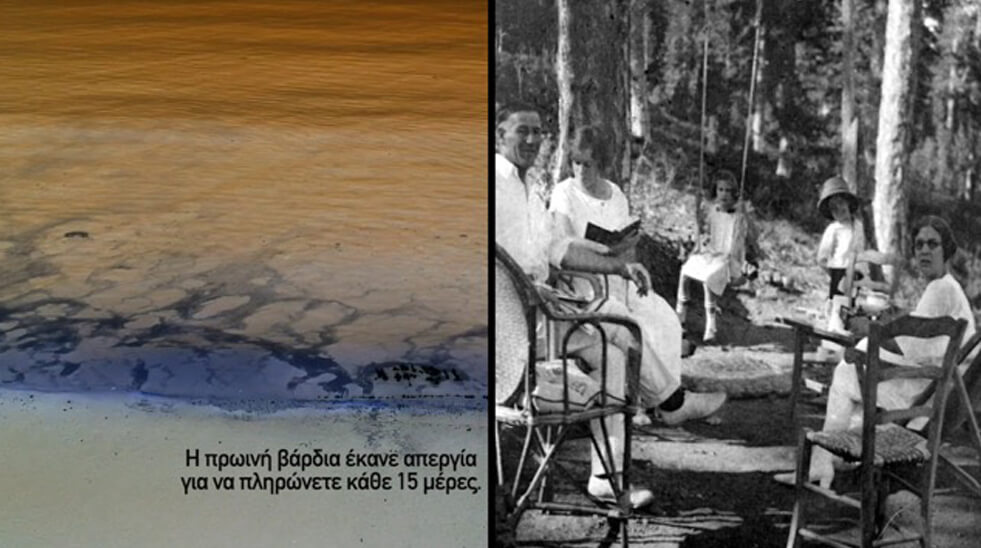 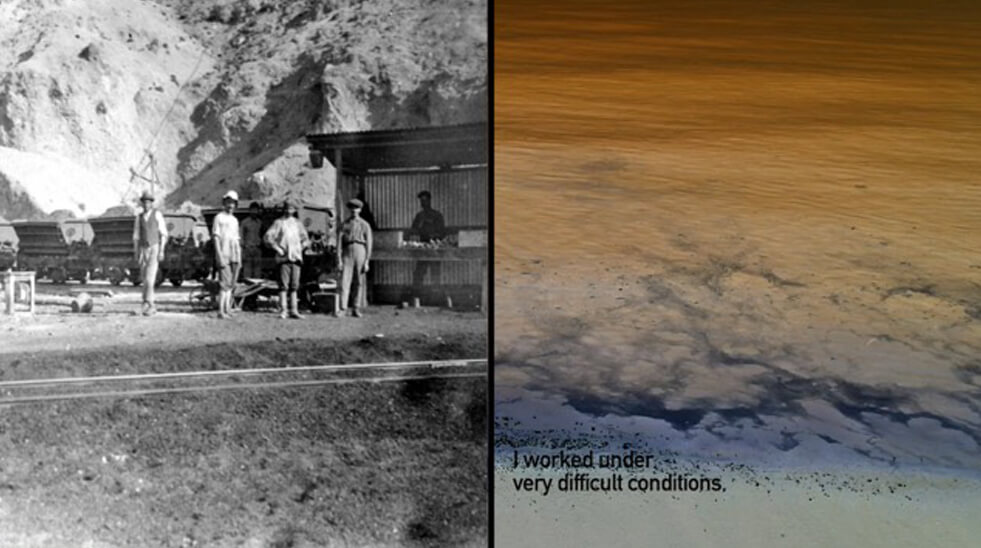 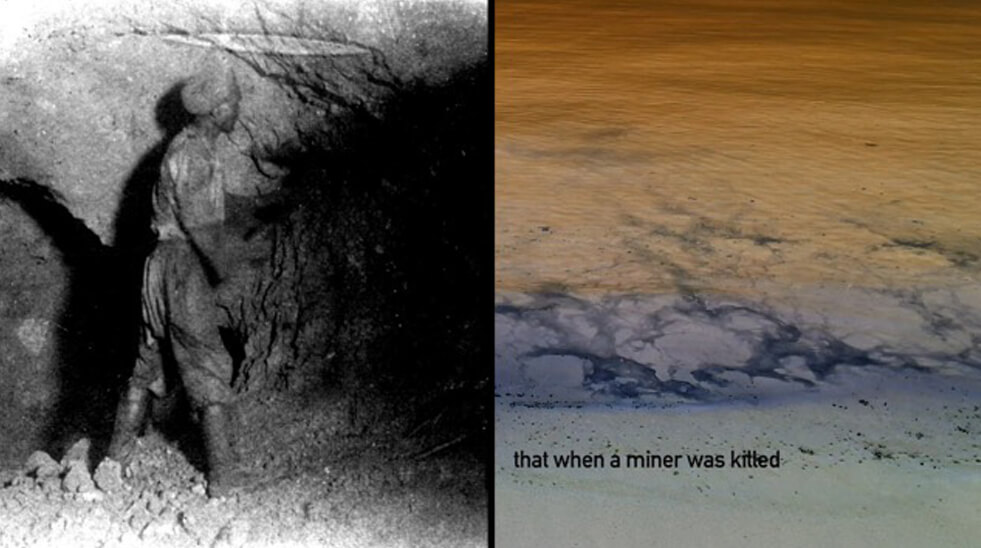 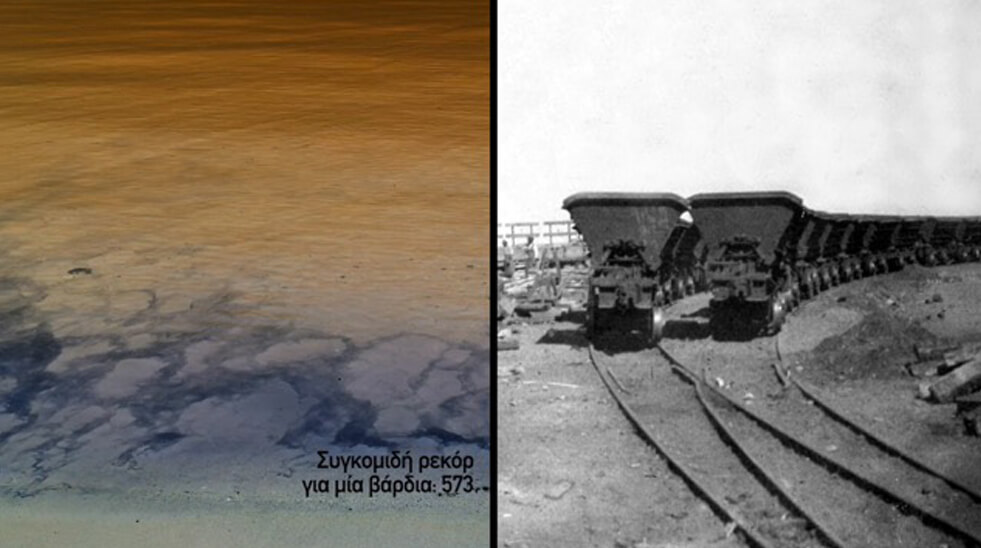 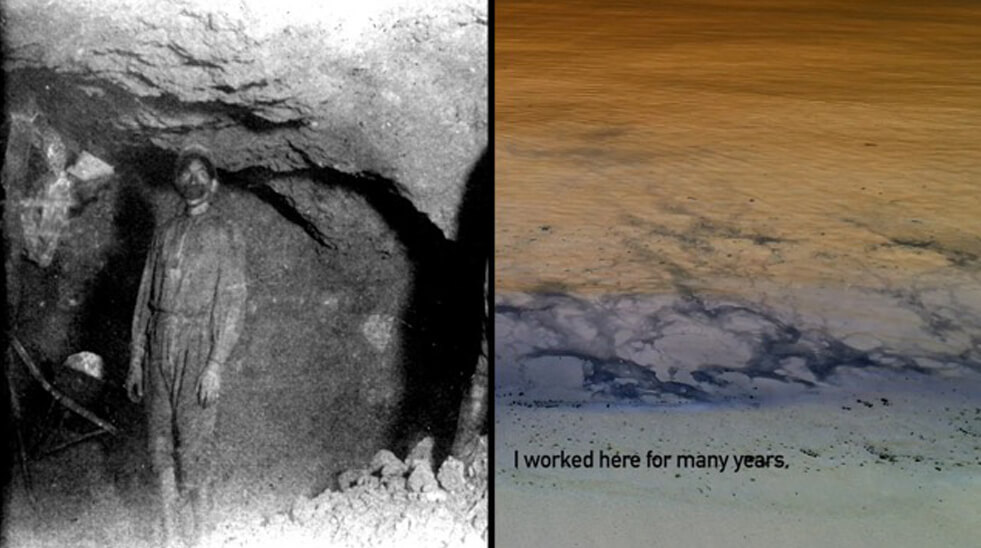 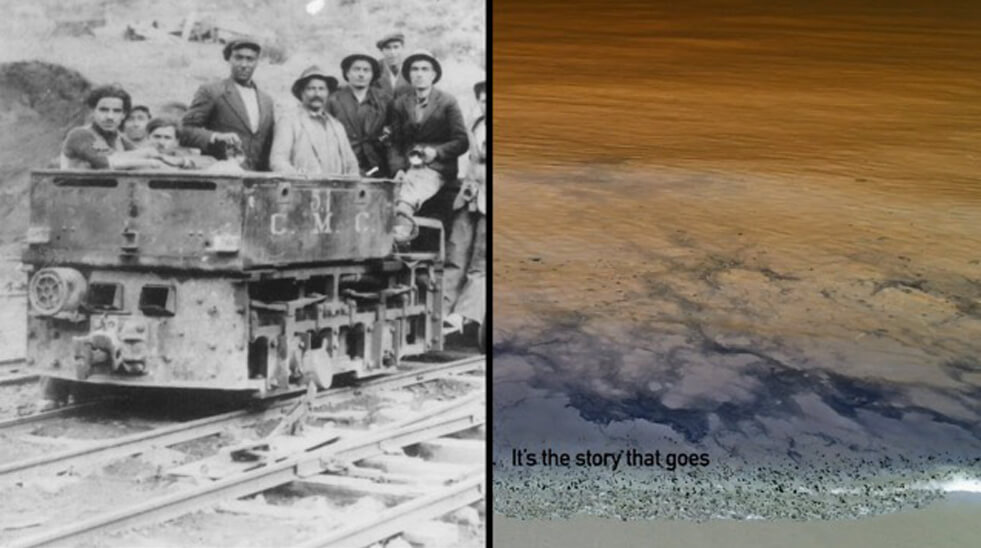 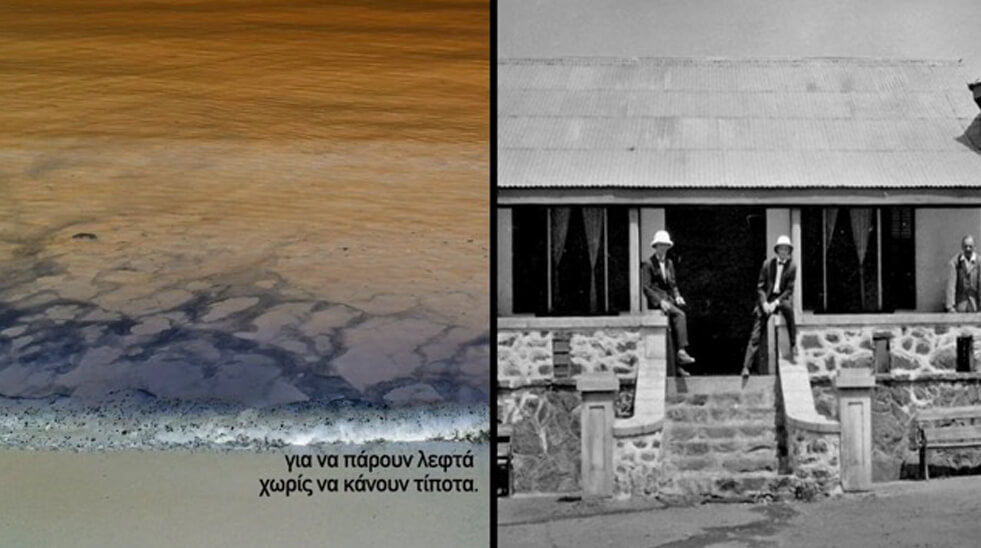